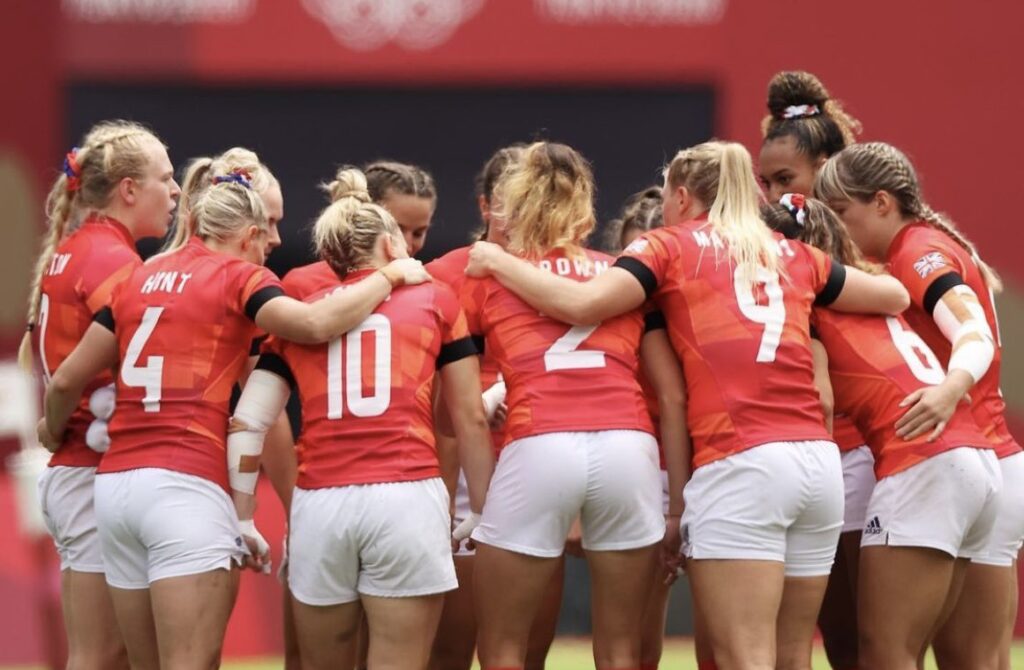 7 things we learnt from the Olympic Sevens

After 16 months in the wilderness, rugby sevens returned and delivered one of its greatest ever performances on the biggest of stages.

Despite a build-up overshadowed by uncertainty and complete lack of crowds, both the men and the women delivered six days of sensational sevens which left viewers in awe.

There was drama engrained throughout both competitions, from unsurmountable comebacks to extra time jeopardy, players were either left heartbroken or in euphoria.

Looking through the hordes of positive comments on social media, which included Olympic gold medal winning heptathlete Denise Lewis, the sport has also captivated a new audience from across the globe.

I’ve loved every minute of the Women’s 7’s! The positive play and athleticism has been a joy to watch. More 7’s, more investment into the game, just more more more! 🤩💪🏾👏🏾 https://t.co/6vbwijMZSj

Rugby sevens has certainly cemented its place as one of the most exciting and enjoyable sports to watch the Olympic games.

With Paris only three years away, alongside a Commonwealth Games and World Cup in 2022, I hope the sport will now get the investment and backing it deserves.

Across the 2019/20 season there were huge changes implemented by World Rugby to create equality between the men and the women’s World Series.

Their solution was to run six of the men’s and women’s tournaments in the same stadium across the same weekend. It seemed fantastic on paper, but logistically it wasn’t without its problems.

There was simply not enough time run two competitions side by side across on a single pitch. Teams had excessive breaks between group games and the knockout aspect of the tournament was completely restructured.

The shortened tournament format took away valuable game time from both the men and the women and left players frustrated. Fans were also left disappointed having travelled long distances to see their team play less matches over a longer period.

What the Olympics has shown is that the women’s and men’s events do not need to be run side by side to be successful.

Tokyo was a well needed shot in the arm for the Women’s game after a very difficult 18 months which saw the postponement of the 15s Rugby World Cup. The performances across the three days of competition were monumental, especially given what many of the teams overcame to just be in the competition.

The commitment, endeavour, and skillset shown by the 12 women’s teams was captivating. And as we saw from the charismatic Ruby Tui interview, the women’s game has larger than life characters which deserve their own platform and spotlight to shine.

I understand there are issues surrounding funding and trying to grow both games equally, however shoehorning two tournaments together at the expense of the players and fans is not the solution.

Tokyo would have attracted a whole new audience of fans and interest in the women’s game which should be taken advantage of. So for the sake of both the women’s and men’s games, I hope World Rugby can find the appropriate solution and implement the necessary changes for both competitions to thrive.

As the Fijian men’s rugby’s side stood on the podium, one player stood head and shoulder above them all.

In a team full of rugby giants, it is the smallest player on the team who continues to have the greatest impact.

He was the sole survivor of the star-studded team which won Fijis first ever gold medal back in Rio and he can now call himself a back-to-back double Olympic gold medallist.

Since he made his debut on the Gold Coast back in 2014, he has won three world series titles, five consecutive Hong Kong sevens titles, a commonwealth games silver, two Olympic golds and was named the men’s player of the decade.

I would argue that he was already om par with the great Waisali Serevi, however winning a double Olympic gold medal now elevates him to the greatest Fijian 7s player of all time.

Jerry achievements and longevity are nothing short of phenomenal especially given how competitive the men’s World Series has been over the past decade.

At 32, its yet to be seen how many more seasons he has left, especially when you factor in the carousel of Fijian talent coming through. But with the Commonwealth Games & World cup in 2022 and the Olympics in 2024, don’t be surprised to see him add a few more medals to his already large collection.

One of the knock-on effects of joining the men’s and women’s world series events was the restructuring of the knockout format. Quarter finals were scrapped and were replaced by positional play offs decided on points difference, a decision which wasn’t received well by both players and fans.

These Olympics have reaffirmed that the quarter final stage is indispensable and should be here to stay.

Within the men’s competition the quarter finals produced two titanic battles which will go down in Olympic sevens history.

Great Britain’s comeback from 21-0 down, to win 26-21 against USA was nothing short of monumental. Then in a game of sevens Top Trumps, Argentina went one better. Reduced to six players and losing 7-0, they somehow managed to overturn the Olympic Bronze medallists and sevens powerhouse South Africa to win 19-7.

The women’s quarters also saw USA go hammer and tong in an enthralling encounter against GB and Fijiana knock out the reigning Olympic champions Australia.

Without the quarter finals we wouldn’t have had the drama or the jeopardy which was on display in Tokyo. Final group games would have become meaningless and large parts of a sevens tournament would become dead rubber.

Quarter finals are knockout rugby sevens at its finest, continuously serving up a dish of delectable drama. They so often providing the tournament’s most competitive and exciting matches and without them the sport just wouldn’t be the dramatic spectacle which we know today.

Five long years ago it was heartbreak in Rio when the Black Ferns were pipped to gold by the green and gold of Australia.

It was the only title which had escaped the clutches of the Black Ferns and since then it has been the driving factor which has seen this team become even more dominant in their pursuit of greatness.

Across the entire three days they showed a composure, tactical rugby awareness, and skillset which was on a different planet.

The calmness to comeback from 21-0 down to beat Team GB in their opening fixture set the tone and they didn’t let off the gas from there.  Fiji forced them into extra time, in arguably the match of the Olympics, but ultimately it would have taken a miracle to stop them winning gold.

This is in part to the outrageous levels of talent they have at their disposal.  They have a squad deeper than Mariana trench which is jam packed with charismatic rugby superstars. Five of which have now achieved rugby immortality.

Dubbed the fab five, they have also won a 15s Rugby World Cup to go with the other four-titles. It’s a monumental achievement which hasn’t been given anywhere near as much attention as it deserves.

There may be future Black Ferns who join this exclusive list, but I don’t think this feat will ever be accomplished by a male rugby player.

They won the @rugbyworldcup, #RWC7s and the World Series 🏆

After the cancellation of the World Series back in 2019 due to the coronavirus, things took a turn for the worse for UK Rugby sevens.

A lack of competition for the foreseeable future, combined with financial burden caused by Covid meant that the sport was seen as a surplus to requirements. The WRU & RFU short sightedly ended their sevens programmes leaving players jobless and uncertain of their sporting careers.

The cancellation of the programmes also left a huge question mark over Team GB. It seemed inexplicable that a team which finished 2nd & 4th in Rio didn’t have a recognisable programme less than 11 months from the pinnacle of their sport.

Despite the uncertainty of an income to support their families and pay their bills, players took matters into their own hands to keep their Olympic dream alive. Many took on second jobs, some moved to 15s, others crowd funded, whilst most had to train in their own environments, some of which wouldn’t have looked out of place in I am legend.

Fast forward six months and through the help of the national lottery both the men’s and women’s teams leave Tokyo having finished 4th.

They may have fallen short of their aspirations to win a medal, but they have achieved something far greater.

The have shown that even without the backing of a union, three nations can come together under the most difficult of circumstances and achieve something awe-inspiring. They have captured the hearts of a nation and helped inspire the next generation of rugby sevens talent.

However these moments will quickly become meaningless to those they have inspired if these programmes are not re-instated, and the teams aren’t given the proper backing. Young boys and girls will not take up a sport which doesn’t have a clear future or a recognisable pathway.

With the World Sevens Series restarting this year and a UK based 2022 Commonwealth games on the horizon, the Unions need to get their act together and provide the professional environment these players deserve. Otherwise it will be end of British professional sevens as we know it.

There are few things more impressive and formidable in rugby than a Fijian team in full flow. In Tokyo it was no exception

This tiny Island nation, which has a population of less than 900,000, are synonymous with the sport and continue raise the bar. Fiji can now lay claim to being back-to-back Olympic gold medallists with a female bronze to boot.

For the men it was a display built not only on Fijian flair but defiant defence and uncharacteristic discipline. Gareth Baber’s accomplishments in his five years in charge have been beyond impressive, especially given the weight of expectation burdened upon him after Ben Ryan’s departure. Throw on top the fact that the players and staff hadn’t seen their families for nearly 20 weeks, then this gold seem extra special.

Despite the men’s achievements it was the Fijiana who were arguably the success story of the games.

It would seem strange to think that a bronze medal would out trump becoming double Olympic champions. But given that the women were ranked 10th on the World Series and had only reached one major tournament semi-final in the past 7 years, few would have predicted a medal.

They beat 2016 bronze medallists Canada in the group, knocked out the reigning champions Australia in the quarter finals, took New Zealand to extra time in the semis, and then put Team GB to the sword to win bronze.

Their achievements are even more impressive given that several players had only taken the sport up a year ago, many had never even been on a plane before, and like the men they hadn’t seen their families for nearly six months What even more bonkers is that the competitions top try scorer, Reapi Ulunisau, hadn’t even played on the World Series before.

Worryingly for the rest of the women’s teams they will only continue to improve, especially when their success would have inspired a new generation of Fijian women to take up the sport.